A major pub chain has been criticized for replacing its traditional signs with ‘bland corporate graphic design’ that ‘leaves them resembling them assets in a branding exercise’.

Young’s, which operates nearly 220 pubs in London and the south of England, has swapped pictorial signs for illustrations based around the first letter of each pub’s name.

For example, the Rose and Crown in Wimbledon Village in south-west London, which previously bore an image of Henry Tudor – the victor of the Wars of the Roses – now has a design based around the letter R.

Similarly, the nearby Alexandra in Wimbledon town center has seen its sign switch from a painting of the Danish princess after which it was named to a white ‘A’ on a blue background. 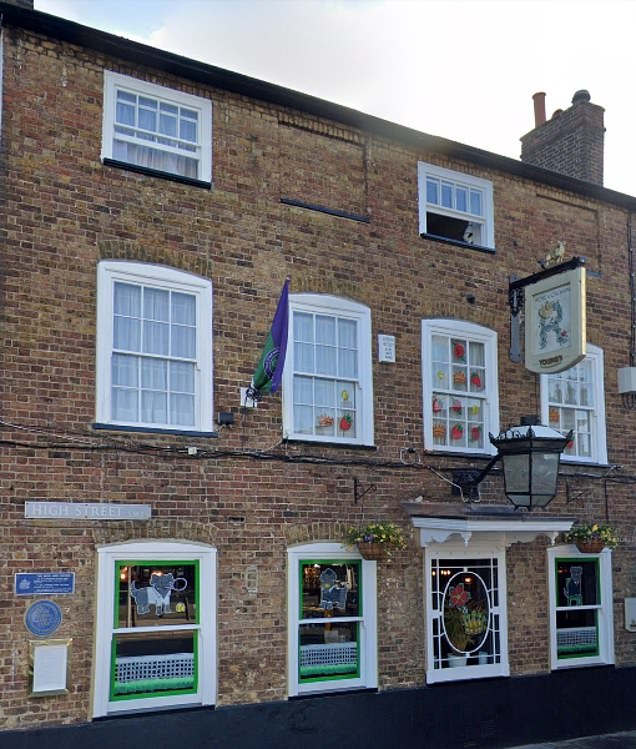 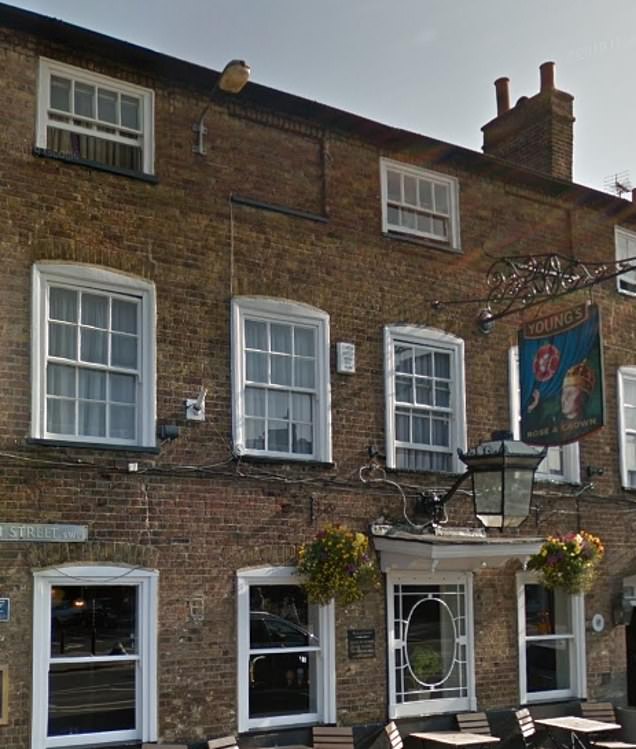 The Rose and Crown in Wimbledon village, with its new sign on the left and the old one on the right. Dating back to the 17th century, the former coaching inn – positioned on the edge of Wimbledon Common – was first leased by Young’s in 1832. The Victorian poet Algernon Swinburne was one famous regular 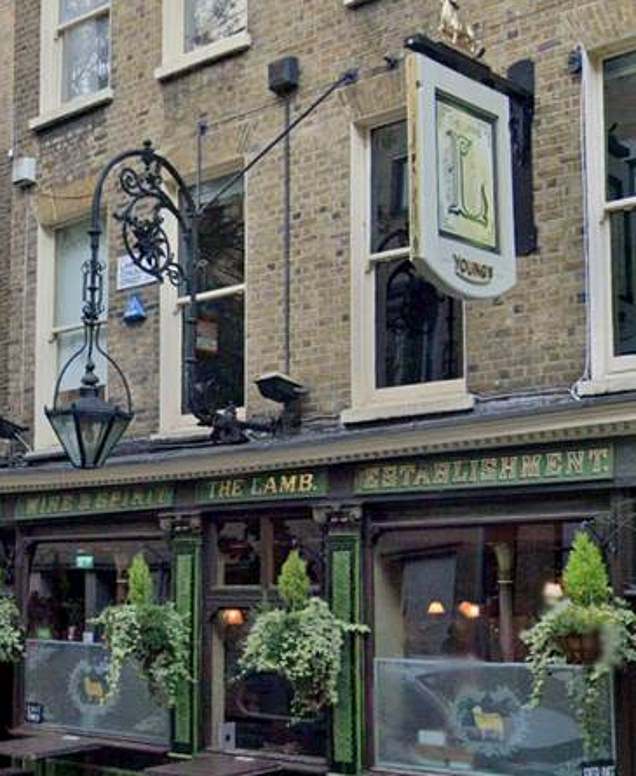 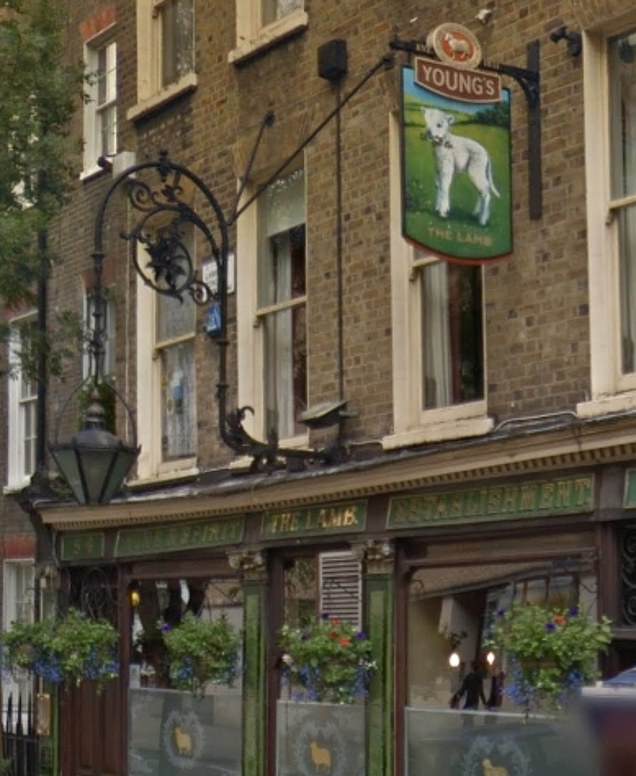 The Lamb is a small Victorian pub in Bloomsbury has also been fitted with a new sign. It was frequented by poets Ted Hughes and Sylvia Plath in the early days of their relationship. The well preserved interior includes ‘snob screens’, which were built to allow upper class drinkers to separate themselves from their working class counterparts

Robert Bargery, executive director of the Royal Fine Art Commission Trust – which promotes ‘design excellence in architecture and the built environment’ – is a fierce critic of the redesign.

He told MailOnline: ‘The real disappointment here is the application across Young’s pubs of a bland corporate graphic design, as if pubs were mere assets in a branding exercise.

‘As we know they’re much more than that – the lifeblood of a community and sometimes the only historic buildings left in a redeveloped area. They’re a link to the past and markers of local history.

‘Inside and outside they develop their own individual character and the pictorial pub sign is a key part of that.

‘Even if they’re not high art, those pub signs function to some degree as a free open air art gallery that adds to the gaiety of the nation and lifts the spirit with its rich variety.’

Young’s commissioned London based creative agency Jones Knowles Ritchie (JKR) to produce the new signs, which have been rolled out over several years. 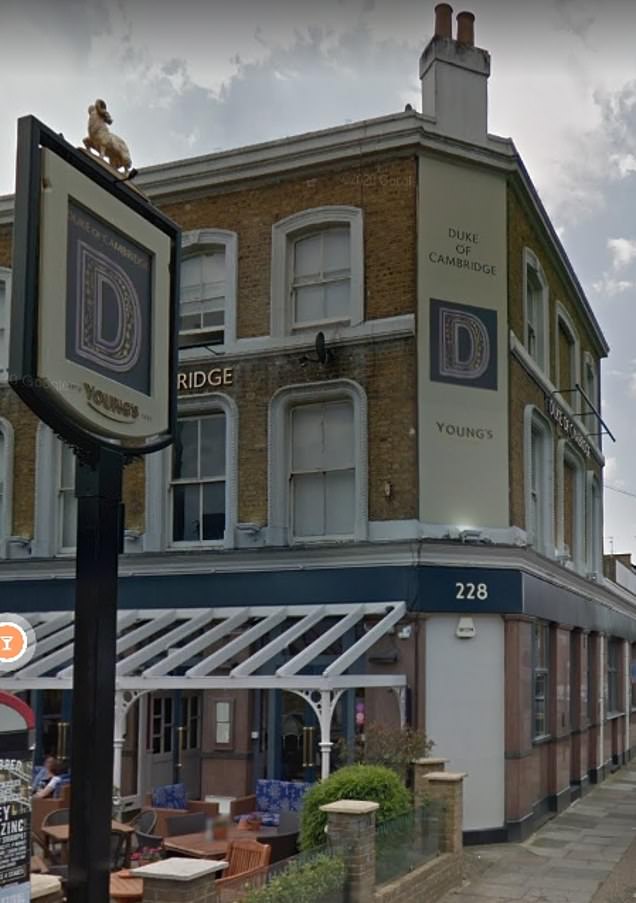 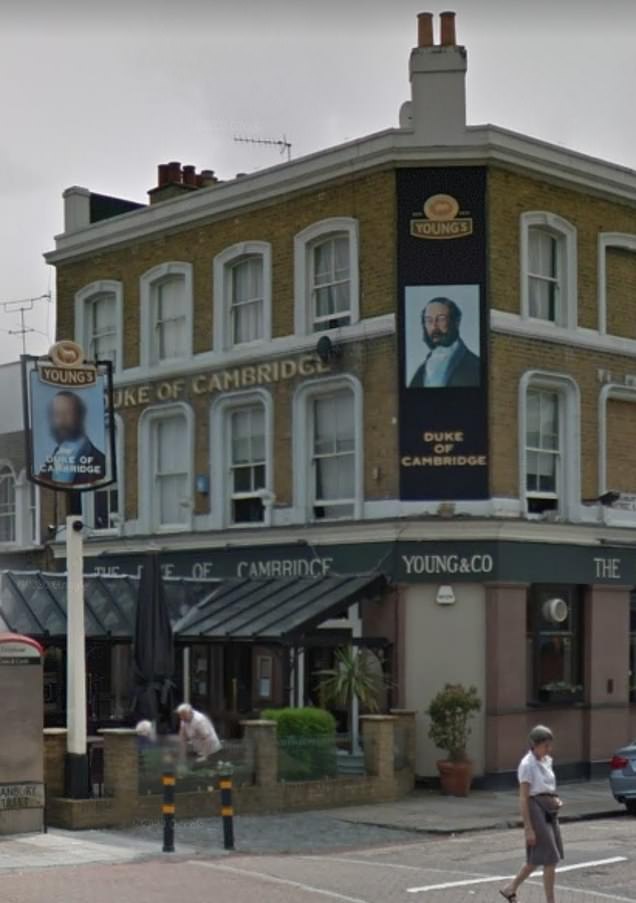 The Duke of Cambridge in Battersea, with its new sign on the left and old one on the right. In recent years Young’s has swapped pictorial signs for illustrations based around the first letter of each pub’s name 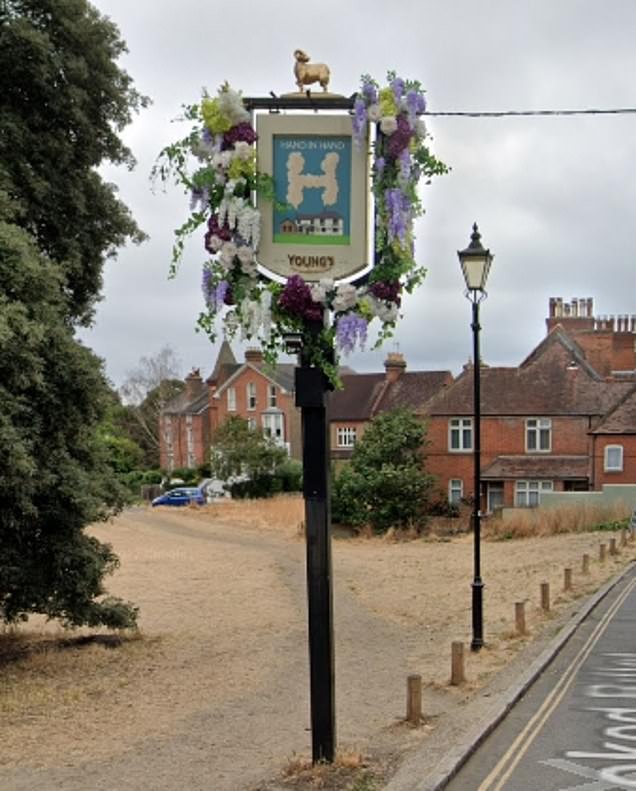 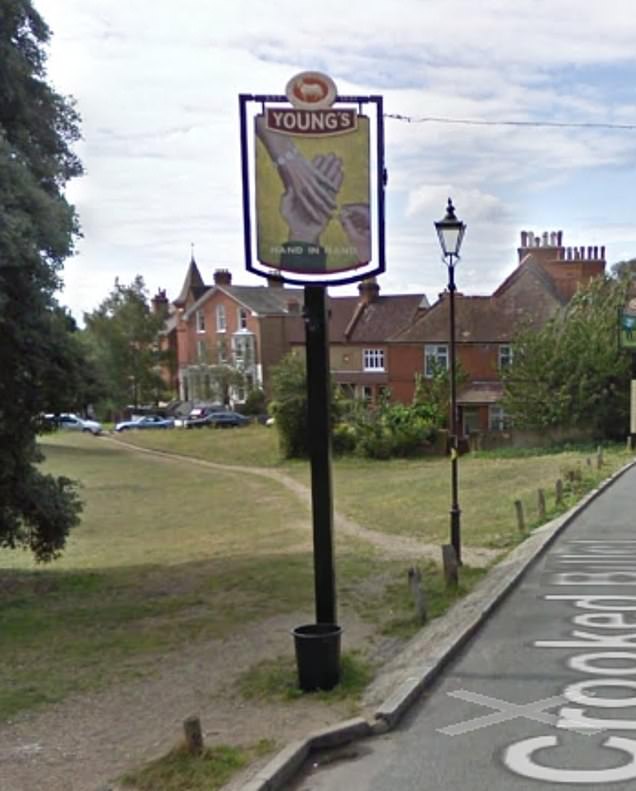 The Hand in Hand in Wimbledon was a family owned pub for 100 years before Young’s bought it in the early 1970s. In the early 19th century it had been a bakehouse on the site, according to the Campaign for Real Ale’s What Pub website 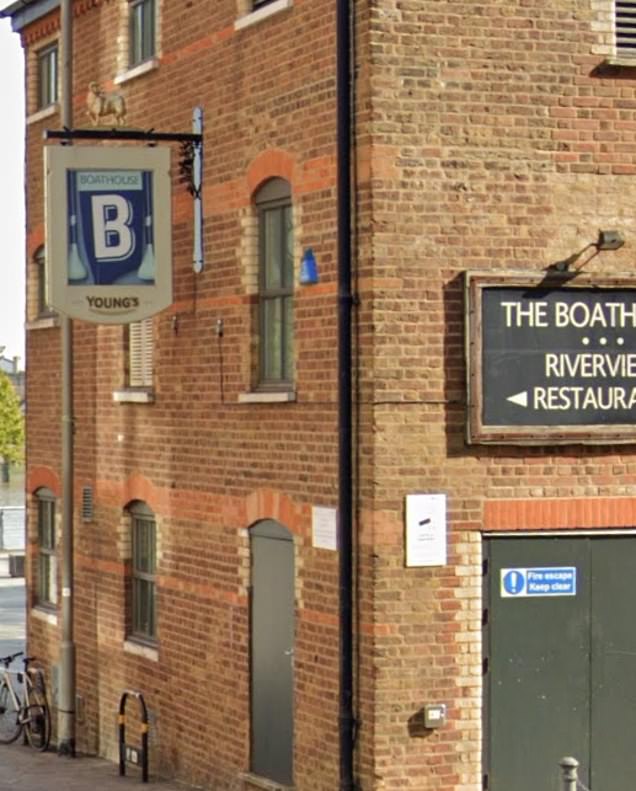 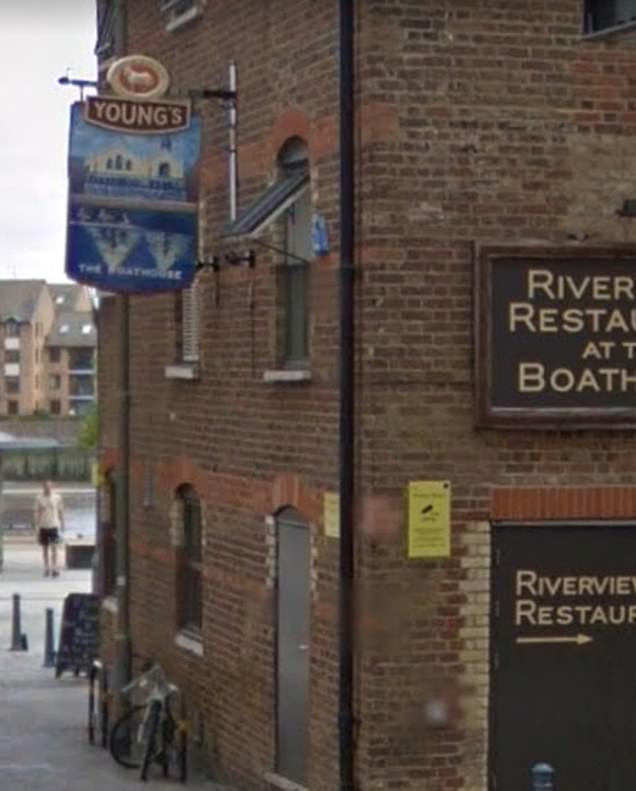 The Boathouse in Putney was opened in 2004 after previously being used as an engineering work. It is on Brewhouse Lane – the birthplace of Henry VIII’s minister Thomas Cromwell, who was executed on Tower Hill in 1540 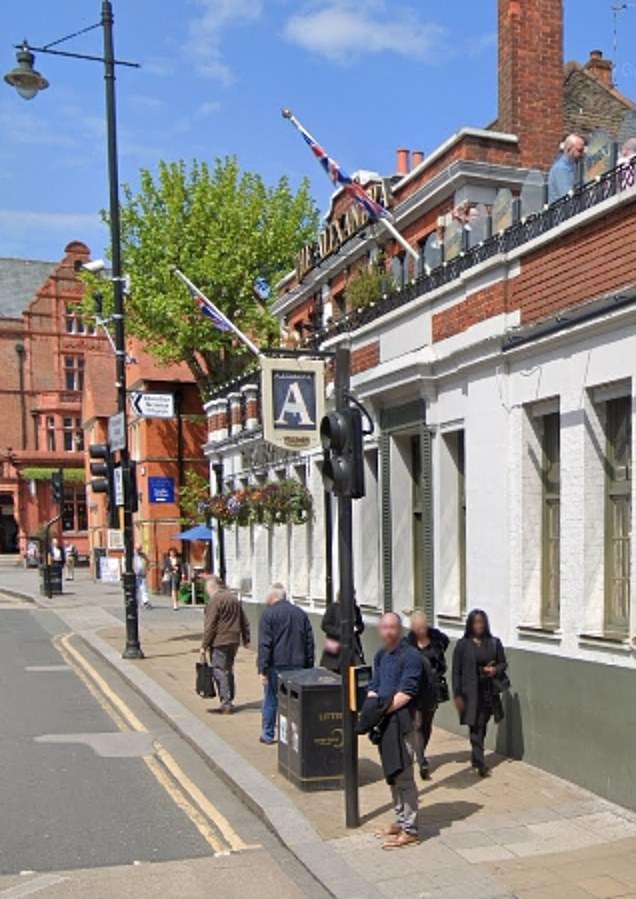 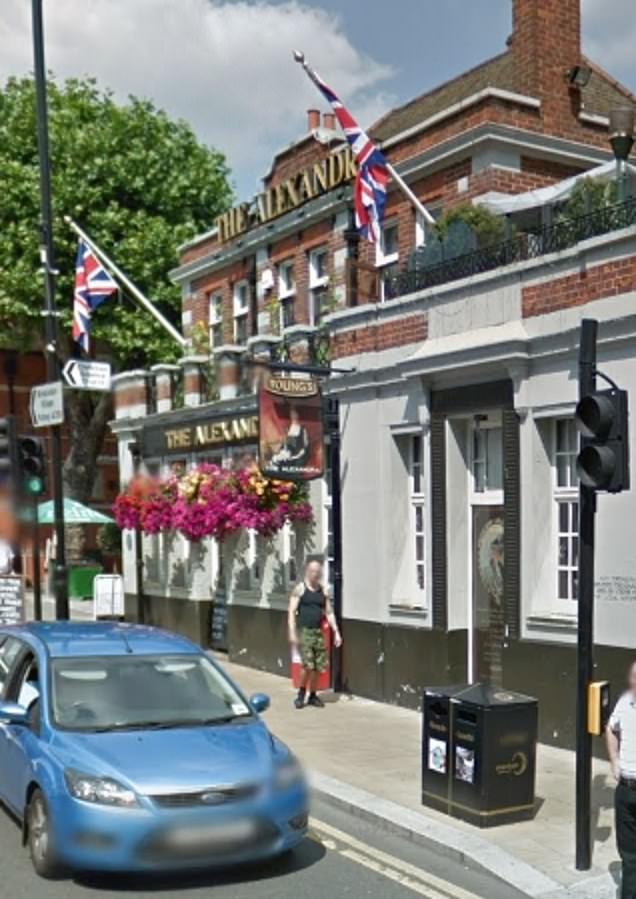 The Alexandra in Wimbledon was built in 1876. It is named after Alexandra of Denmark, who was Queen of the UK from 1901 to 1910. A likeness of the monarch has been replaced by a sign bearing the letter ‘A’

Why do British pubs have painted signs and what are the secrets behind their names?

Colorful painted signs and unusual (often whacky) names are two of the most characteristic features of British pubs.

Some have traced the tradition of pub signs back to the Romans, who would hang vine leaves outside to show that they sold wine – although other foliage was used in chilly Britannia…

Meanwhile, painted signs served a crucial function in a largely illiterate society, with friends arranging to meet at, for example, ‘the sign of the bear’ or ‘the sign of the eagle and child’.

Pub names also have a long history, and with a bit of detective work you can use them to learn more about the story of the hostelry itself.

Many early inns catered towards pilgrims, and names with religious connotations like The Star and The Noah’s Ark can sometimes point to a medieval origin – although equally they may have been added later.

Most names with Catholic connotations were changed during the Reformation, with the Pope’s Head often becoming the King’s Head.

Royal allusions are incredibly common. For example, The Royal Oak is a reference to the oak tree within which the future King Charles II hid to escape the Roundheads following the Battle of Worcester in 1651.

Others are named after a local landowner, celebrity or landmark.

Heraldic terms like the Red Lion or White Hart are also widespread, as our mentions of professions – which may be the type of people who went to the pub. For example, a pub called the Bricklayers’ Arms may have been set up near a major new housing development.

You’ll also find mythological figures like the Green Man, fictional characters and, of course, jokes – like The Jolly Taxpayer and The Honest Politician, both in Portsmouth.

Some of the most interesting names are corruptions, such as The Swan with Two Necks. This dates from when Elizabeth I gave some of her swans to a London livery company which demonstrated their ownership by marking two ‘nicks’ on the swan’s beak.

Of course, many pub names are pure whimsy – so don’t always expect there to be a story behind them!

The agency has redesigned packaging and logos for a range of other international companies including Budweiser, M&Ms, Stella Artois and Burger King.

In a section on JKR’s website about its partnership with Young’s, the firm said it had aimed to ‘create signs with stories for pubs with soul’ – and cited its work at several pubs as examples.

‘Before we could begin, we had to get under the skin of the Young’s pub communities and unearth the distinctiveness within each.

‘The Castle pub sign in Tooting High Street, for example, reflects the pub’s history as a theater through the modernly illustrated stage lights which light up the ”C”.

‘The Bull & Gate sign in Kentish Town on the other hand, echoes the juxtaposition of old and new that occurs within the pub itself.

‘This story is brought to life through the vintage etching of a bull, laid over with a bold contemporary print, bringing us right up to date again.’

However, Mr Bargery insisted the signs no longer properly reflected the individual character of each pub.

‘To see that character and individuality squashed under the dead hand of a corporate graphic designer is just disheartening,’ he said.

A Young’s spokesman said: ‘At Young’s we are proud of the individual character of our pubs and our pub signs are no exception.

‘The Great British pub is an important hub and focal point for many of us.

‘We feel really passionate about being in tune with every pub’s history and place in its local community.

‘As part of this, we take great care to ensure that every single pub has its own bespoke signage reflecting the history of the pub and the local community.

‘Our signs have evolved over the years, balancing heritage with a contemporary feel and representing a re-telling of the pub’s unique story.’

Young’s began in 1831 when Charles Young and Anthony Bainbridge purchased the Ram Brewery in Wandsworth – thought to be Britain’s oldest in continuous operation with a history stretching back to the 1550s.

The company sold the site in 2006 and it was converted into flats, although some of the old brewery buildings have now been taken over by Sambrook’s, a craft brewer.

Young’s is listed on the London Stock Exchange with a market capitalization of over £500million.

This month, the pub chain announced it was running it’s own version of the ‘Eat Out To Help Out’ deal, with a £10 discount on a £30 food spend for diners using its app. .

The Young’s brewery business is now owned by Wolverhampton-based Marston’s. 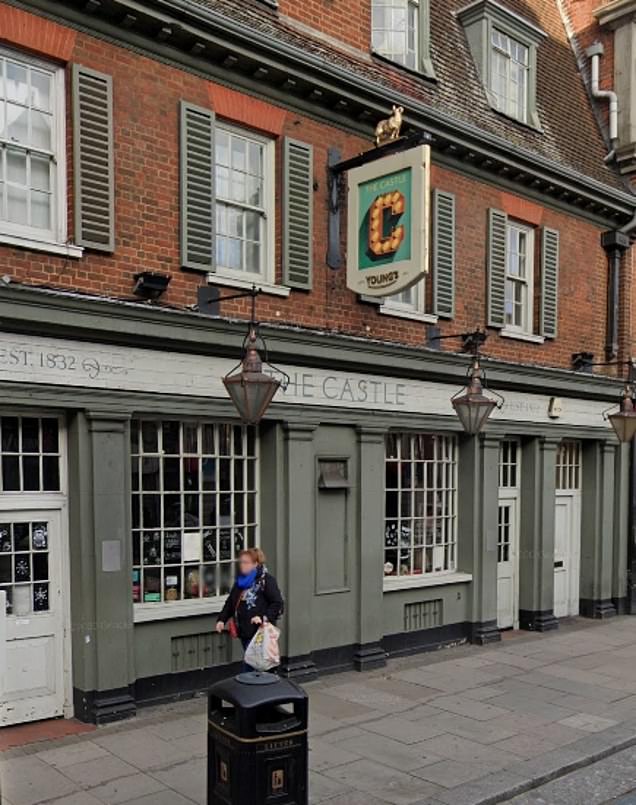 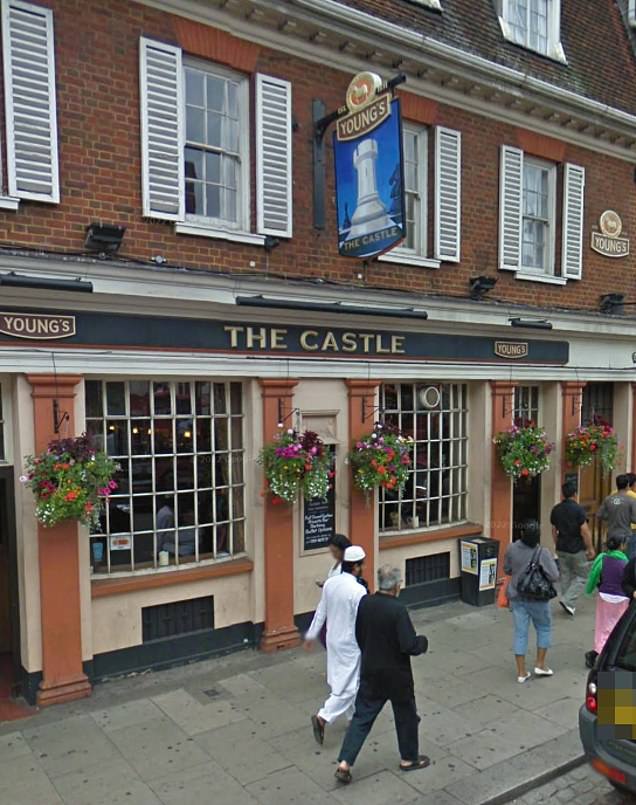 The Castle in Tooting, which dates back to 1832, was a popular music hall venue in the 1950s and 1960s – hosting the likes of Peter Sellers 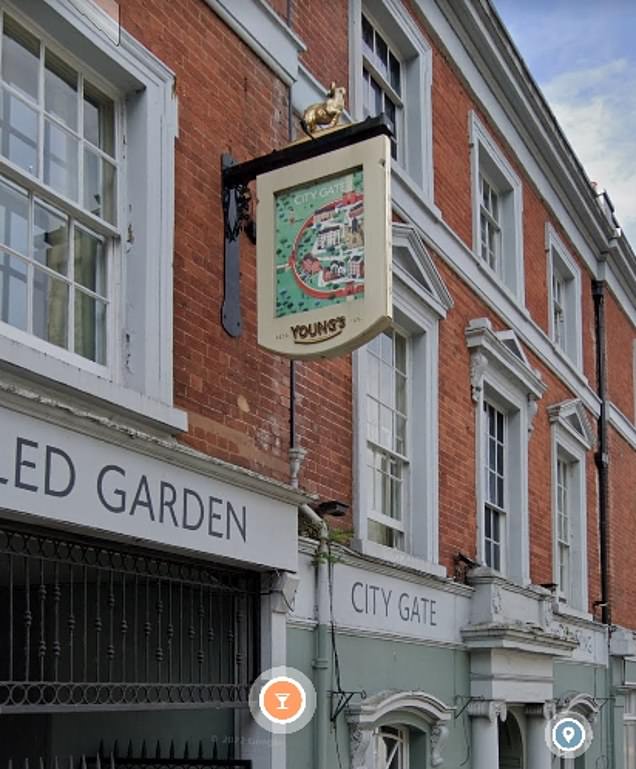 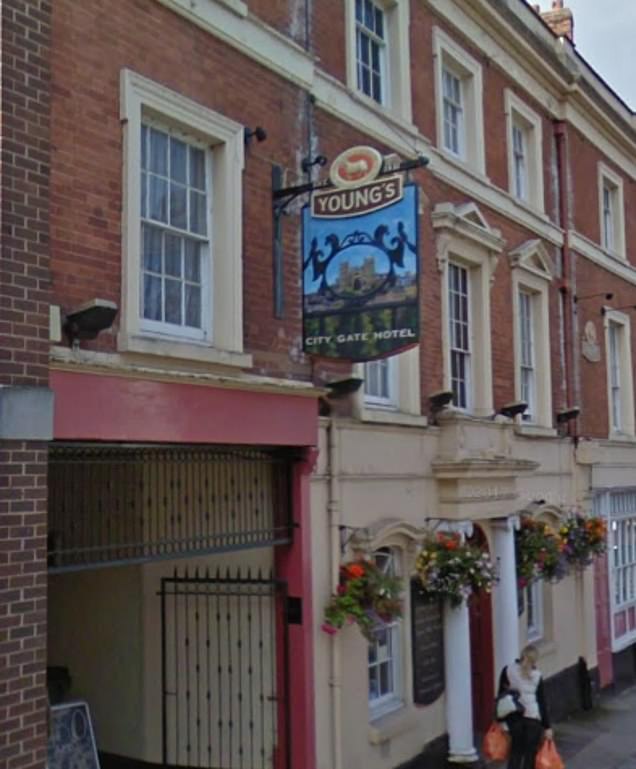 Although most of Young’s pubs are in London, it also has venues elsewhere in the south of England. The City Gate Hotel in Exeter is housed in a Georgian building and has part of the old city wall in its cellar 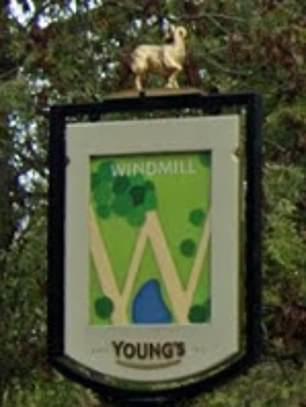 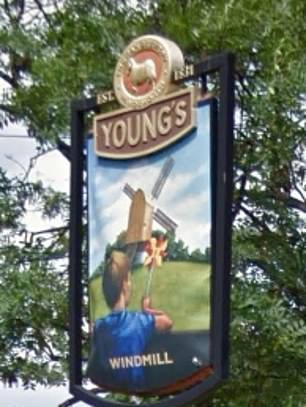 The Windmill in Clapham is a former coaching inn dating back to 1665. Unsurprisingly, it is named after a windmill that used to be located nearby